HSC hosted a Mayoral Candidates Forum at the Community Action Agency on September 15. Candidates Yvette Simpson and John Cranley fielded questions from moderator Jamie Smith of the Business Courier on a variety of human services issues, including transportation, affordable housing, City funding of human services, child poverty, and the heroin epidemic. Here’s what the candidates had to say:

Simpson: I would make sure we have a SORTA Board with one or two members who actually use the system. We also have to take a comprehensive look at the system. Columbus was able to serve 100K more people just by rearranging routes. I would also make a commitment to improve the system, not just stay with status quo.   A half-cent sales tax, which Cranley supports, will not bring enough revenue in to expand routes sufficiently, and most of expansion will happen in the county.

Cranley: I have proposed a specific plan to increase funding for public transportation by 50%. My vision is an integrated system using streetcar, Uber, bus, and taxis. These partnerships would help people get to and from bus stops using Uber and taxis via an app that shows options. Simpson has not shared a specific plan.

Cranley: I will partner with Councilmembers Sittenfeld and Flynn and Vice Mayor Mann next week to introduce legislation to create the first ever fund to deal with the crisis of supply. There will be contributions on an annual basis, and a competitive process to allocate those funds. But the biggest issue at the end of the day is an income crisis, a crisis of inequality and a lack of living wages for a full-time worker. This is why I led the effort for a living wage for all City workers and contract employees and I believe helping people get good paying jobs is the best solution.

On City Funding for Human Services:

Cranley: I believe City funding should be allocated through a fair, objective, and transparent process through the United Way and in collaboration with the goals set by Council. Candidly, each year Council does award individual grants outside of that process and I believe it would be more fair and objective to go through a consistent process going forward. It is exciting to think that we started our administration with a record low amount for human services of $1.5M from the General Fund, and now we have $3.5M plus another $250K for the Hand Up Initiative, plus another $1.2M out of the CDBG funds for the Hand Up Initiative and the Child Poverty Collaborative. I will continue to work with anyone, including my critics, if they are able to increase funding for human services

Simpson: I agree with the United Way process. If one organization has to go through it, then they all should have to go through it- we have to make sure we respect that. With respect to the increase in human services, we actually had to work and fight against the city administration to get that funding into the Council budget. And since then we haven’t had to fight so hard. But before that critical point, the funding was going down, and the poverty rate and need was going up. We need more resources coming into this pot. We will try to get to 1.5% in the first 3 years of my administration, which I think it is completely doable. We invest a lot of money in the business community in a lot of real estate development and if we cannot commit 1.5% for the people who need it, then that’s just a shame.

Simpson: As Mayor, one of the things I want to do is issue a challenge to the business community to increase wages. We also understand that daycare is one of the reasons it is so challenging for single parents to go from welfare to work. We have to ensure we have funding for wonderful preschool programs and daycare. I am supportive of the Child Poverty Collaborative.

Cranley: I’m committed to working with the business community to raise $10M per year for 5 years for the Child Poverty Collaborative. This would be historic and the largest public-private partnership in the country to deal with poverty. I also believe that a living wage and/or and expanded tax credit is the best way to reward the dignity of work and take care of families. The living wage ordinance I proposed applies not only to full-time City workers but also to any business that has a contract with the City, which impacts hundreds of City contracts and workers in the private sector. Plus we set a minimum wage that grows with inflation for hundreds of part-time workers.

On the Heroin Epidemic:

Cranley: This week the heroin task force, including CCAT House and Talbert House, announced a new set of grants to help with quick response teams (QRTs) and to increase funding to CCAT House. I believe that the companies who purposefully marketed these drugs did so for greed. We recently launched a lawsuit to hold them accountable. We and other local governments have not been reimbursed for Narcan, and money we are investing in treatment and QRTs. We will continue to triage these issues with more funding.

Simpson: The CDC says you need to do reversal, prevention and treatment. We don’t have enough resources for treatment- we know that if every person who was brought back wanted treatment, we couldn’t take them. We have to be aggressive in finding resources for treatment. And then there’s the prevention piece- 10 times the number of kids are using heroin than they were 10 years ago. What are we doing to make sure our kids don’t get addicted to this drug? We need to be sending out messages through school and PSAs saying do not do this. And as Mayor I will be the strong voice we need on this issue. 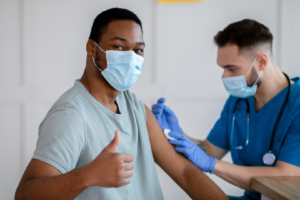 Last week, the Ohio Department of Health partnered with the[...] 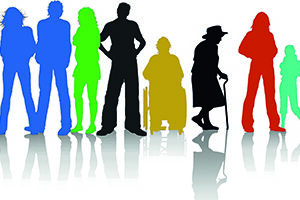 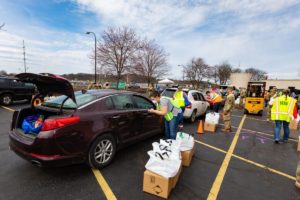 This is a difficult time to be a provider in[...]